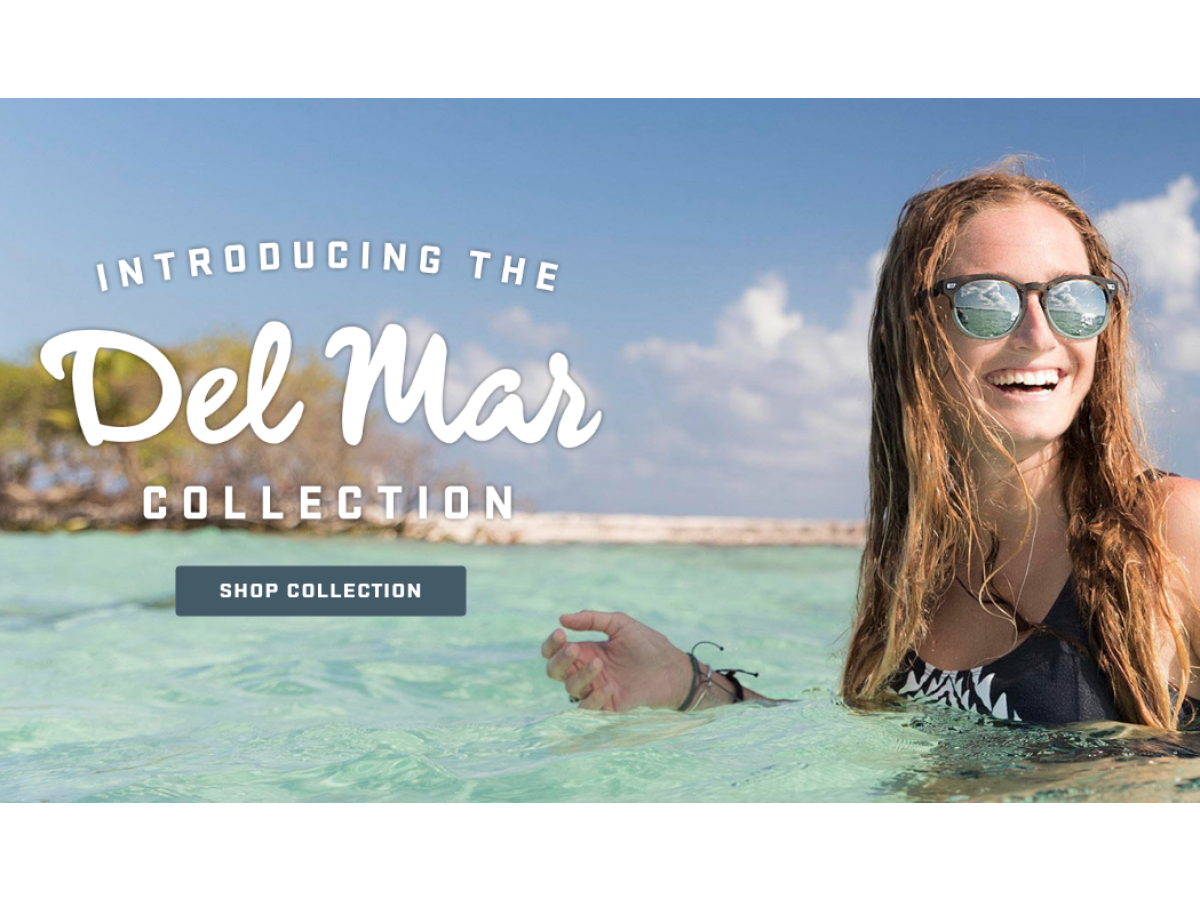 For those inspired by life on the water, sunglasses inspired by what’s under it.
These frames feature colors and patterns inspired by ocean life and structures.

Named for the only town on Mustang Island where Spanish horses run free, the four colorway options of Aransas reflect a barrier island lifestyle. Like everything Texas, it comes in a large frame with a classic square lens shape and crafted design elements.

The hub of Southern California’s fishing, beachy and outdoors lifestyle, Del Mar is a place of passion and style where the livin’ is easy. “Del Mar” comes in a medium fit for everything from checking the surf to watching the ponies run.

The New Jersey beaches of Cape May are rich in history and East Coast American flair. This medium to large fit, refined square lens shaped female frame comes in four ocean-inspired colors reflective of its namesake, where the Delaware River meets the Atlantic Ocean.

Sarasota is known for its beautiful fine sand beaches, artsy community and funky green markets. Taken from these Southern Florida geographical and style cues, Sarasota is a small frame with a relaxed cateye design that transcends time and age.

Each naturally hypoallergenic frame is made by hand using five-barrel hinges, first-rate plastic coated screws, Diamond Cut and Mother of Pearl treated logos, custom topographical etched core wires that allow for an excellent fit, as well as, complete adjustability to produce premium sunglasses that allow you to ride the tides of life and look good while doing it.